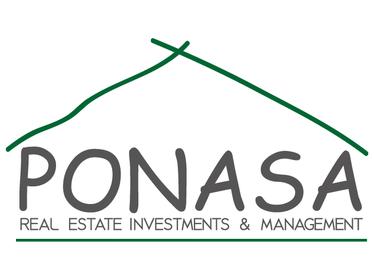 local competition. Actually, the expertise that Ponasa brought to ​this market was ahead of the time, being Colombia, specifically Barranquilla, an emerging economic area where the most important strategy was to secure land for developers to step in. Ponasa executed few equity loans, few acquisitions and mostly was able to partner with local construction companies to provide capital and being a valid advisor. In this very same period in Italy, Ponasa, due to its portfolio mainly based in Firenze that is a remarkable tourist destination, began to explore the short terms rentals venue through platforms like Airbnb and finding a better profitability than the traditional business model.

Today, Ponasa owns a vast portfolio of properties available for rent, commercial use or residential use. Safe, quality properties that provide state-of-the-art amenities at competitive prices. Ponasa is also a Real Estate Investments, Property Management and Brokerage entity with direct offices in Colombia, Italy and the United States. Additionally, through trustworthy alliances, it is able to offer multiple opportunities and diverse investment strategies in Australia, Greece, Poland, Portugal, Romania, UK and Ukraine as well. Ponasa also negotiates different type of deals depending on the opportunities that could arise in different markets. Ponasa, in the majority of its transactions, prioritize the focus on the rental capability of each deal, to create  a steady income flow, perpetual in time and giving resources to finance the next opportunity. Another focal point is to maintain an open communication between Ponasa and its customers in order to ensure the highest level of satisfaction and long lasting reputation within the community is our long-term goal. This will support the will to continue to expand the number of units owned and maintained. ​Consequently, in any market condition, Ponasa is actively seeking to acquire new real estate to add to its portfolio. So, we welcome any individual who would be interested in selling his property to contact us. We want to finance growth mainly through cash flow. We recognize that this means we will have to grow slower than we might like.

Year 2004 - 2009
Ponasa was formed in March 2004 with the vision of riding the real estate wave of the Southeast Florida Market. The first property purchased by the company was a 10-unit apartment building in the area of Edgewood, FL USA. It was close to the FLL Airport and major arteries as I-95, so it easily rented to full capacity twelve months out of the year. It was later sold profitably just before the 2008 financial crisis marking a key point in which we learned that location is not everything, but timing is a key component as well for rewarding real estate transactions. During this period, other transactions happened, few apartments in Fort Lauderdale downtown and on the beach as well, two side to side single family homes, later sold to a developer who built 6 units and few multi units warehouses, just to name the most relevant. An identical business model was initiated in Italy.

As most know, the market had an unexpected downturn during the 2008 financial meltdown in which Florida, USA was particularly hit and during this catastrophic event, it was when Ponasa put all his experience and financial resources at work, initiating an aggressive acquisition campaign. This campaign was executed in a period where nobody believed in real estate investments, but us, being the core of Ponasa's business, we believed it was our time to double down our efforts and make Ponasa a player with a successful track records in good time and bad time. Acquisitions were made through any available channel, short sales, foreclosures, REO (for the most) and regular people trying to cash out at a bad conjuncture. Thanks to this metodic and diligent acquiring process, Ponasa built a diversified real estate portfolio that, even today, put the company in a competitive position and makes us able to offer a great product at a very competitive price point.

Year 2012 - 2016
This period marks the opening of Ponasa as a Colombian company as ​well, that can understand and operate in this market at the same level of the